I occasionally give some tutorials to anaesthetic trainees sitting the ANZCA Primary Exam. I thought it would be worth collecting some of the resources I use into one location so that I can provide a link for pre-reading, revision etc, but also in case anyone else outside my hospital network might find them useful. I may well add additional content and links to post over time, so it may be worth checking in again at some point.

Click here to go straight to the tutorial resources.

The topics and subject matter are based on the syllabus at the time I sat them in 2008. In 2013 there was a major overhaul of the exam. Prior to that the exam was divided into Physiology and Pharmacology sections that could be sat separately, and they produced a very useful categorised list of Learning Objectives for each subject. You could then use this as a checklist to make sure you’d covered everything.  An alphabetised version of this list can be downloaded here. Unfortunately the document it was replaced with is not as well suited to that role. It appears the vast majority of the content is the same, with the main changes relating to equipment and statistics, however, if you see something in my material that’s no longer relevant, or perhaps, more importantly, any glaring omissions, please let me know.

Before getting on to my reflections and suggestions, I thought I should post a link to this Primer for the Primary Exam, which has some much more up to date information on the exam and the syllabus and also has a very useful describing the likelihood of various topics appearing in the exam. Well worth a read.

I thought I’d start with some general tips and advice that I’ve gained from my own exam experience, and also from chatting with others. There is, of course, no perfect way to study for these exams, so feel free to take them or leave them, but it is worth developing some strategies and techniques that not only fit in with your work schedule and learning styles but perhaps more importantly allow you to maintain & nurture your family and social networks, as these will play a big role in getting you over this hurdle. 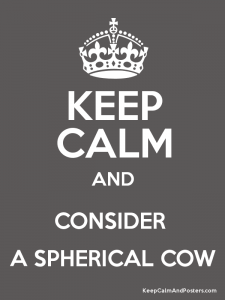 There’s a joke that goes something like this. A farmer engages a team of scientists and engineers to work out how to optimise milk production on his dairy farm. After a few weeks of thorough investigation and robust discussion, they present their report to the farmer, and it’s opening line is:

“Lets a consider a perfectly elastic spherical cow in a vacuum”

The idea behind the joke is that in order to try and understand, describe or teach complex phenomena, we often have to simplify it or make numerous assumptions. This means these explanations, while useful, may not fully comport with reality, with the potential for problems as demonstrated in this video:

The Primary Exam syllabus is rife with Spherical Cows, which means that sometimes when you scratch the surface of some of the “facts” included in textbooks etc, it can get a bit confusing, and you end up having to dig even deeper to work out what’s going on. I found going down these rabbit holes intellectually stimulating, but also very time-consuming. But the good news is that usually, a working knowledge of the Spherical Cows will be enough to get you through the exam if you don’t have the time to chase rabbits (spherical or otherwise!).

ANZCA has provided a Primary Exam Reading List which should provide the starting point for deciding which books to use. I was told at one point that when examiners write questions, they have to provide a reference from one of the Reading List texts. I’m not sure if that’s true or not, but I think you ignore the list at your peril!

If you have registered with ANZCA, many of the titles on the list are available as eBooks on the library site, but these online digital versions often leave a lot to be desired in terms of usability. An alternative that I’ve found quite good, but does involve additional cost, is the eReader app Inkling. You can purchase textbooks for it here. They generally provide a free chapter from each text so you can try before you buy.

At any rate, you don’t need to read them all, and there are also fantastic texts and resources outside of the official list. But as a starting point, the two texts I borrowed most heavily from in my tutes below were Ganong, and Rang and Dale.

I know it’s not always easy given shift work, family responsibilities and clinical rotations, but I highly recommend forming or joining some kind of study group. This has been made somewhat easier through the expansion of tele- and video-conferencing facilities, as well as apps like Skype and FaceTime. A natural way of developing one is via the tutorial programs run by some hospitals such as the one I’m involved with. Study groups provide a natural venue for finding and sharing resources and techniques, providing some reference points to gauge your own study progress, but can also give an important sense of fellowship, peer-support and mutual understanding of the challenges you are all facing, while helping each other to achieve a common goal, in what can be very stressful times.

Flashcards of some sort have been a mainstay of exam preparation for a long time. The digital age has introduced numerous different electronic methods for this technique. I utilised both hardcopy index cards, in particular for drug structures, anatomy, graphs and tabulated data, as well as digital flashcards. Importantly, I found the act of producing my own flashcards the most productive part of my study, as opposed to buying or downloading some prepared ones, and just going through them. As I read textbooks, articles etc, I would try and digest the important information down into a Question and Answer format as a basis for flashcards. This would help me to understand the content. Using the flashcards would then help me remember it.

In my med school days, I had discovered the “SuperMemo” technique of spaced-repetition to optimise remembering information with the use of digitalised flashcards. It has its basis in some research from the ’80s (both the 18 and 19-80’s!), and it

“… is based on the insight that there is an ideal moment to practice what you’ve learned. Practice too soon and you waste your time. Practice too late and you’ve forgotten the material and have to relearn it. The right time to practice is just at the moment you’re about to forget.” Wired.com

SuperMemo produced a program for my PocketPC (yes, I’m that old!) that combined the Q&A flashcard format with the spaced-repetition algorithms to try and improve retention and recall of the content. I’m not sure how robust the research was, but the app certainly seemed to work in my context. A word of warning though, to make the most of it, you need a decent amount of lead-in time. Both to create flashcards, but also to allow enough time for the algorithm to do its thing. The PocketPC is long dead, but there are are still SuperMemo apps available, and numerous other versions that try to do a similar thing. I’ve also used FlashCards Deluxe, but in another sign of my age iFlipr no longer seems to be available!

This is in some ways an extension of the flashcards concept. I found it useful to plaster the walls of my house with printouts of important definitions, formulas, graphs and other concepts so that they were readily visible and available. As well as providing me with something to revise while brushing my teeth, it meant I always knew where to go to find information if I’d forgotten it or wanted to double-check something. It was usually easier to find it there than rummaging through piles of notes, textbooks or computer files. Though as these photos show, I may have taken it a bit too far… 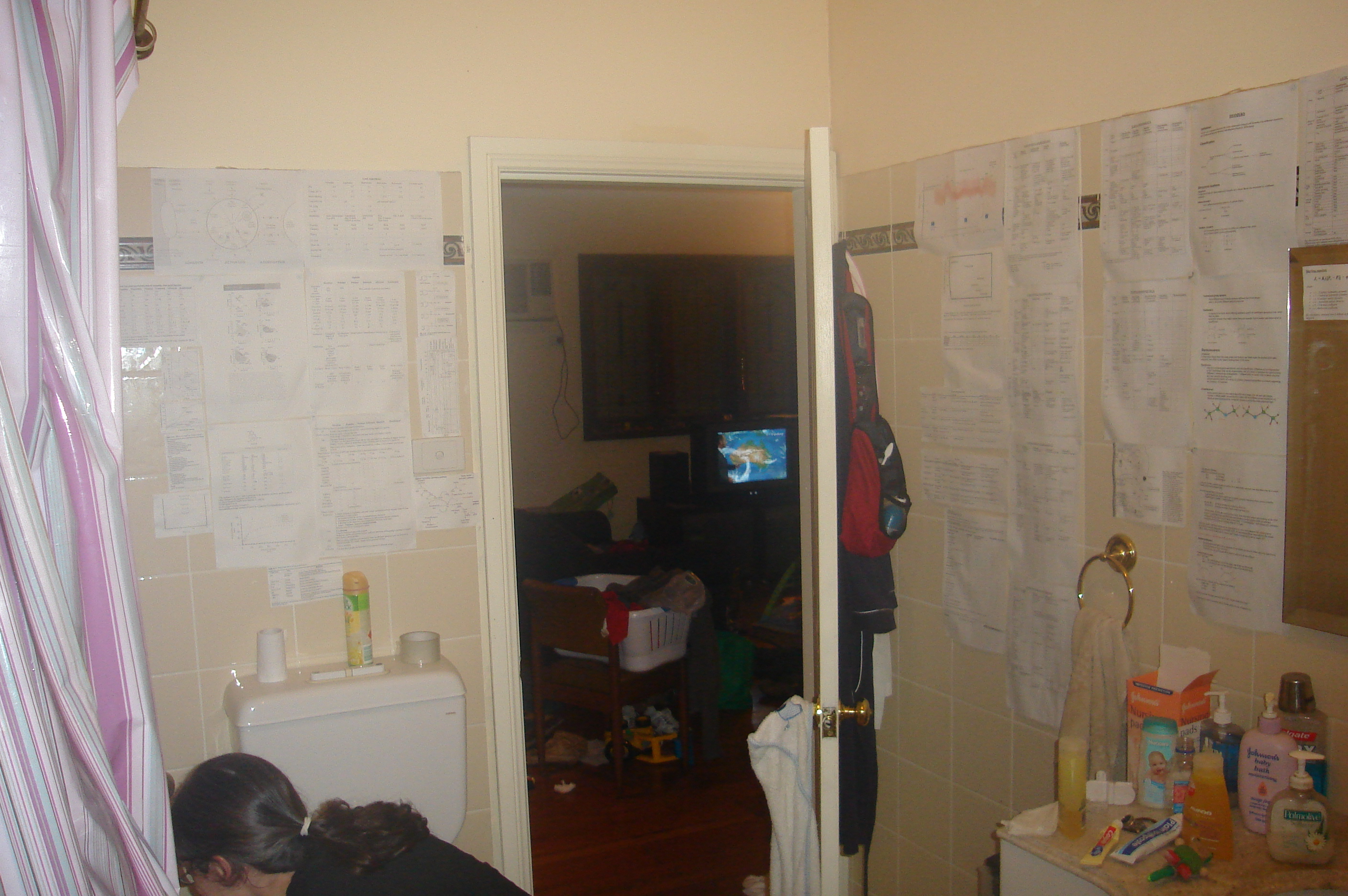 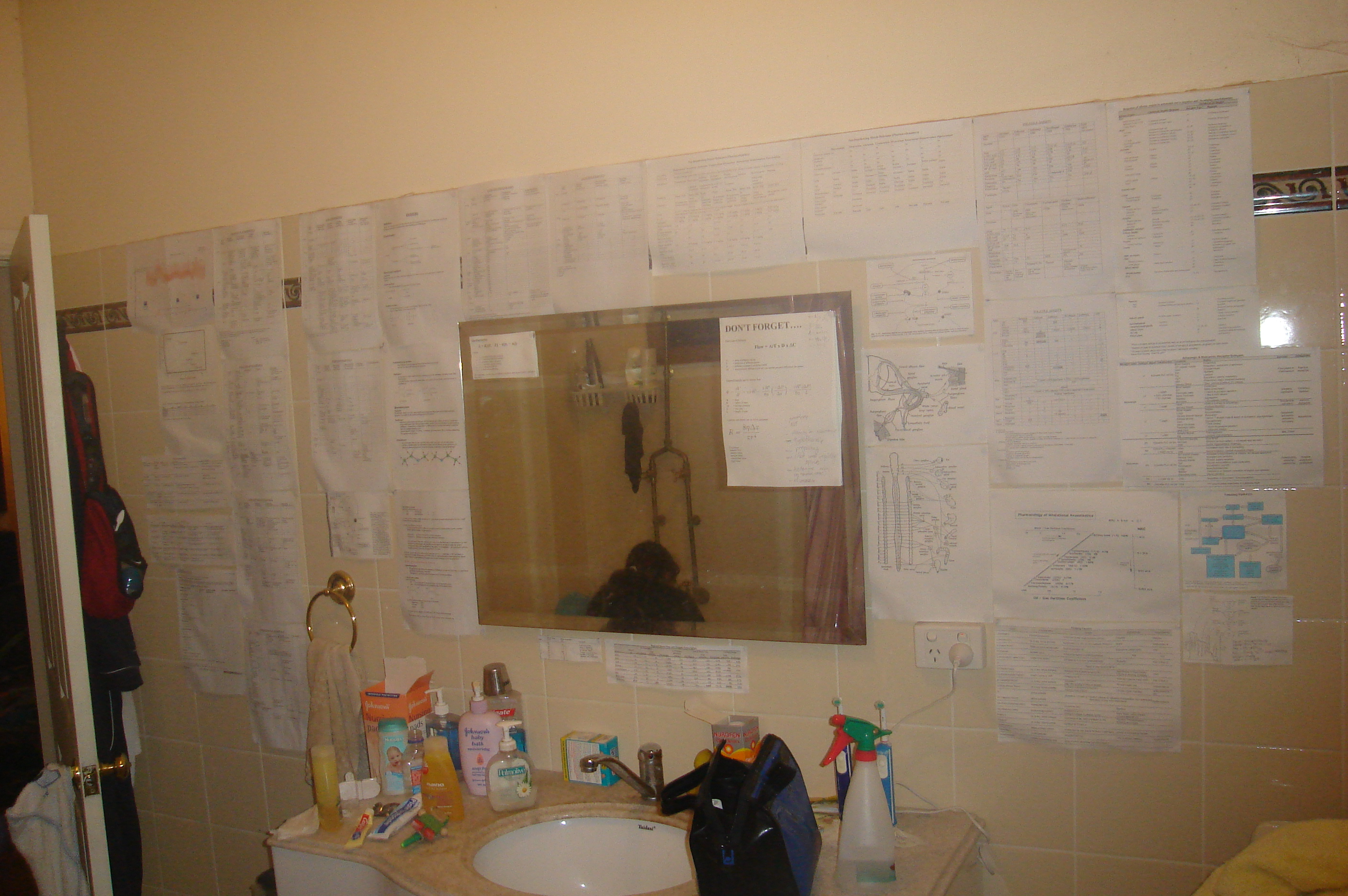 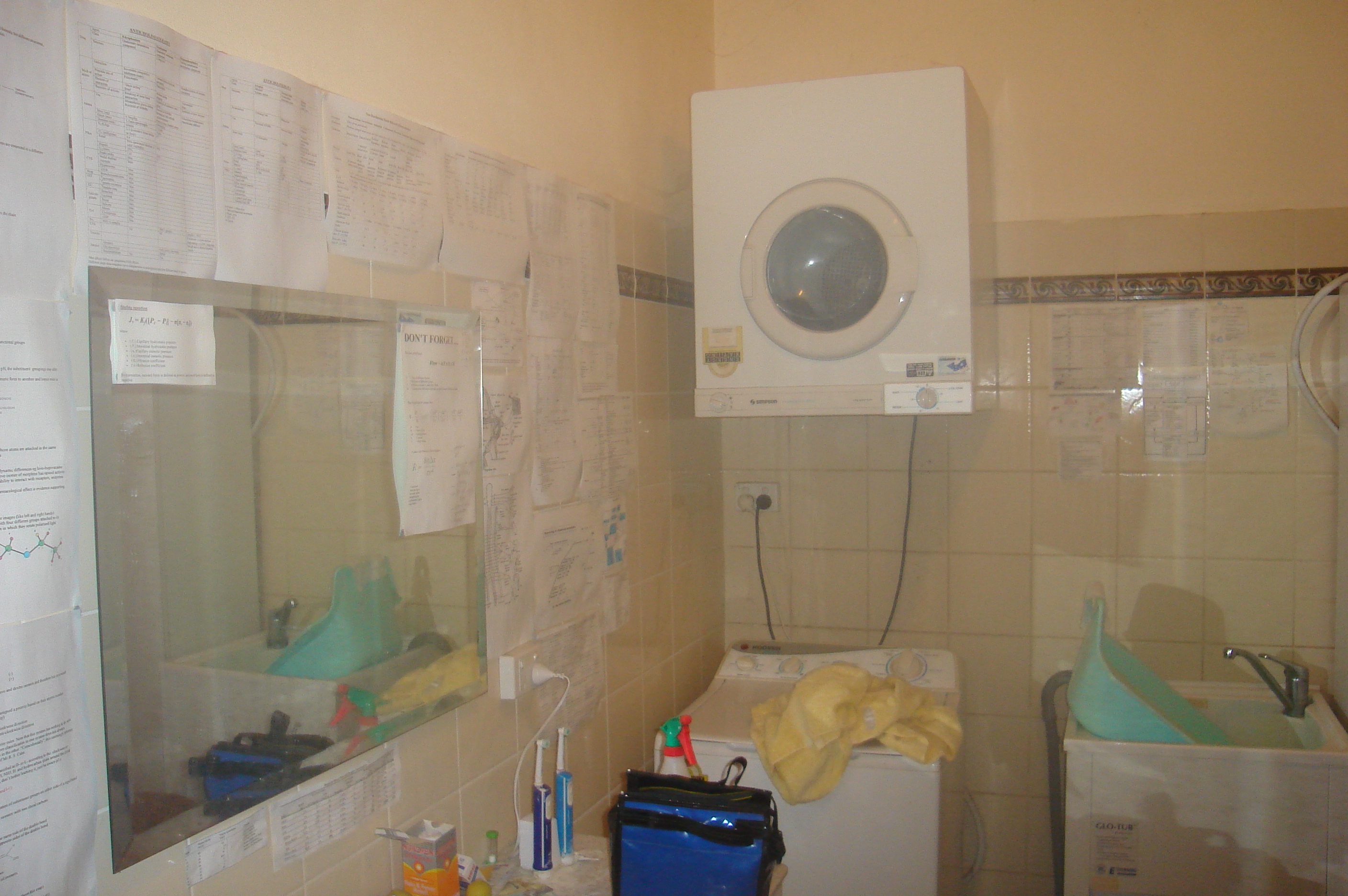 The best thing about it though was letting my 2-year-old tear it all down once I had passed! 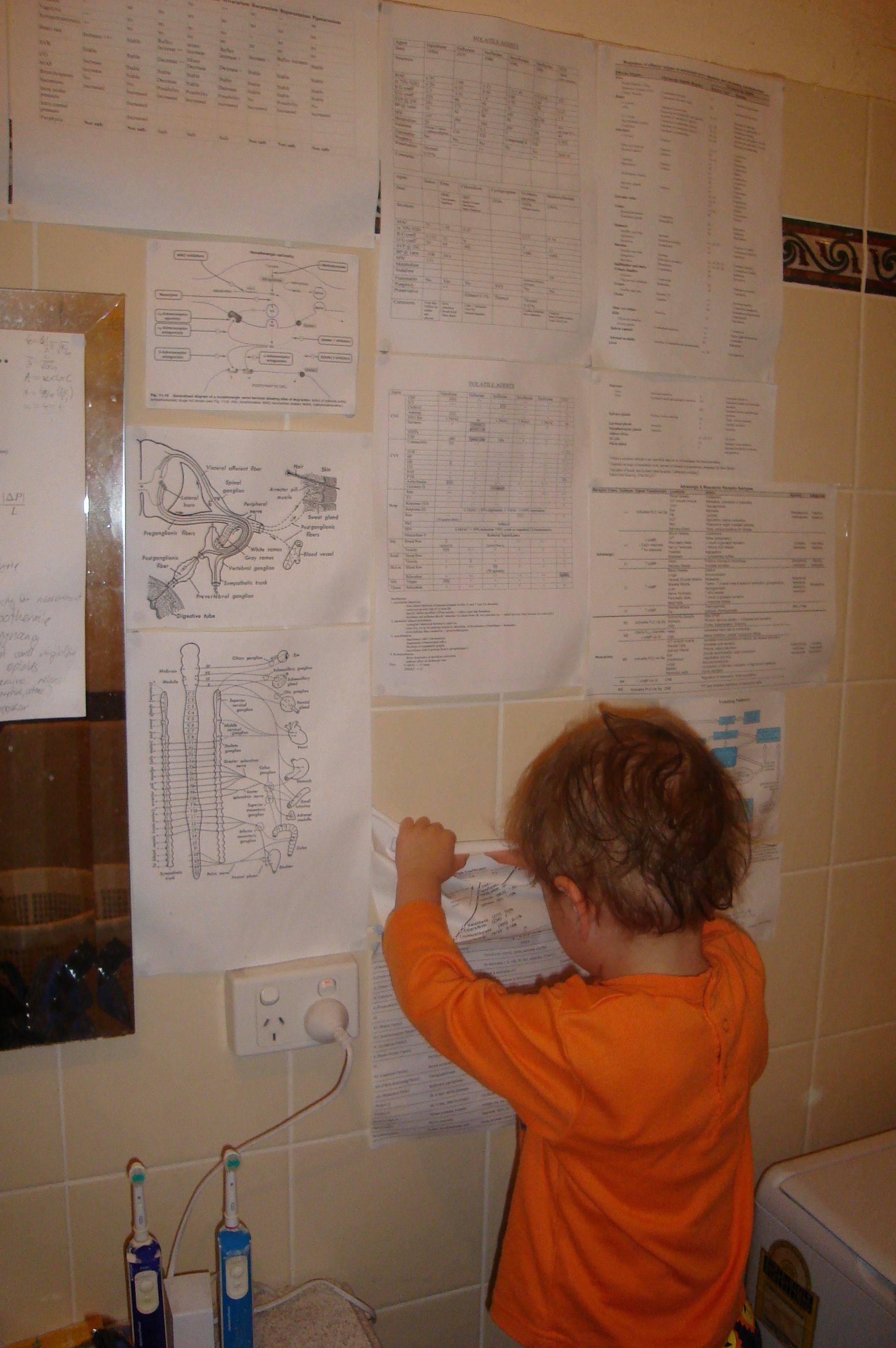 YouTube was very much in its infancy when I was studying for the Primary Exam as was the whole concept of Social Media. Since then, there has been an explosion of these kinds of sites. Not surprisingly, they have been heavily utilised for the sharing and discussion of medical topics, culminating in the birth of FOAM and #FOAMed in 2012 over a pint of Guinness in a pub in Dublin. Since then #FOAMed has generated a lot of controversy due to it’s potential to spread non-evidence-based practices, but there are some genuine gems in there among the trash. There are two in particular with direct relevance to the Primary Exam.

The first is a series of lectures given by Professor John B West. He essentially goes through his “Essentials” textbook (yes, it is “essential” you read it) chapter by chapter. It is a great complement to the textbook and makes a nice break from just reading. This is a great resource for one of the core topics of the Primary Exam Syllabus.

The second is a series of tutorials given by another famous name in anaesthesia (or perhaps anesthesiology!), Ted Eger. They first appeared on a DVD accompanying his book “The Pharmacology of Inhaled Anesthetics” that ANZCA sent out to all its fellows and trainees many years ago. They were produced by The Danemiller Foundation as part of the Baxter Distinguished Professor Series. However as far as I can tell, this is the only thing in that “series”, and I suspect it was largely a marketing exercise for desflurane, in particular, the demonstration of a gas induction with des seen here.

Despite this potential conflict of interest, it full of lots of good discussion and description of key points from this core section of the syllabus, and like the John West videos, it’s a nice break from just reading textbooks.

There are 4 tutorials that I tend to give once a year as part of the tutorial program that we have. On top of this, I usually take part in viva practise sessions as well. I try to make the tutorials interactive and Socratic as much as possible, so the slides included below are pretty bare-bones (and a lot are basically just memes!), but they include some “Presenter Notes” which may shed some light on them. I use Keynote for my presentations, but I’ve also produced a PowerPoint version for the the Mac-haters, however bear in mind that some of teh slides might “break” during the conversion process.

I tend to tweak the tutorials a bit each year, and as they are interactive and often go off on tangents, they will end up having a different focus each time. This also means bits are left out due to time constraints, so bear this in mind when listening to the audio and reviewing the slides and presenter notes.

Below are direct links to the older and newer syllabus documents. My tutes are largely based on the pre-2013 one, and I’ve included the relevant pages under each tute’s heading. As mentioned above, there are sure to be some Spherical Cows grazing in some of these tutes.

This tute was based on the topic of the same name from the Primary Exam syllabus when I sat it, as described below: 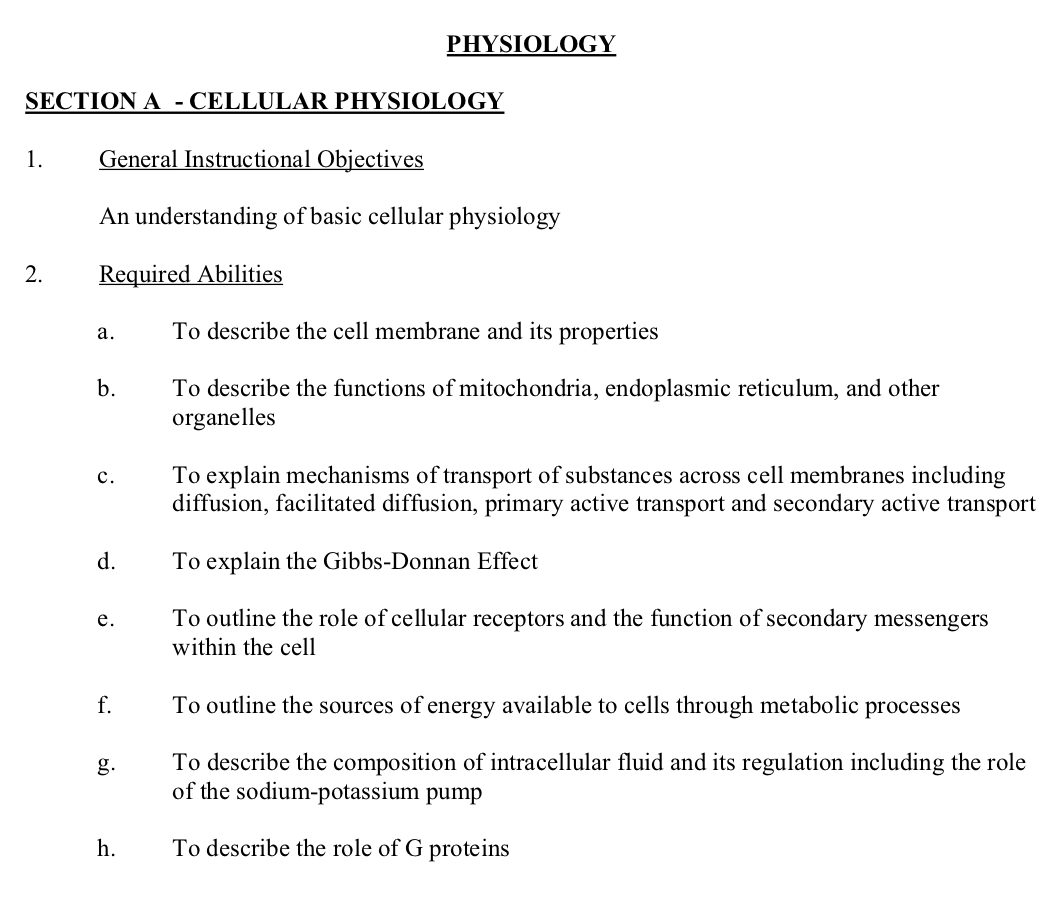 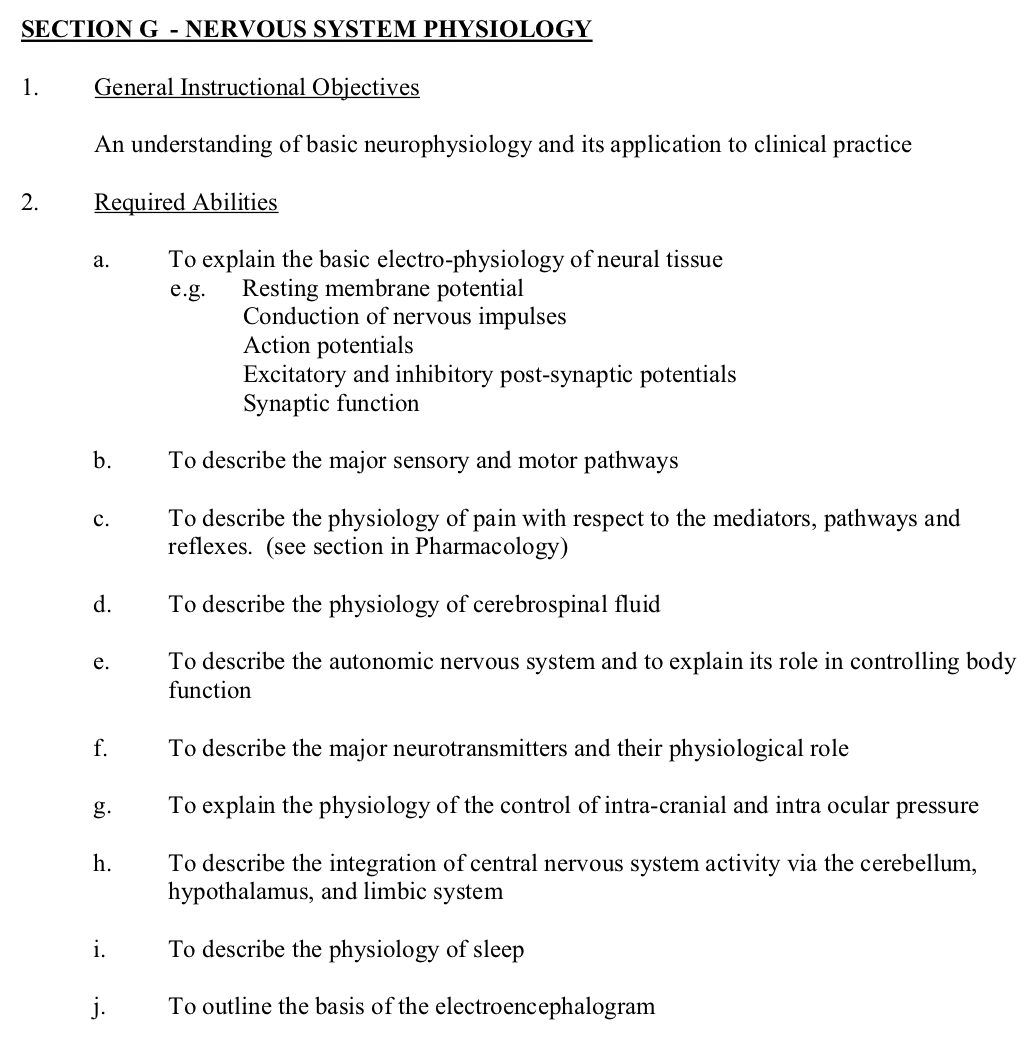 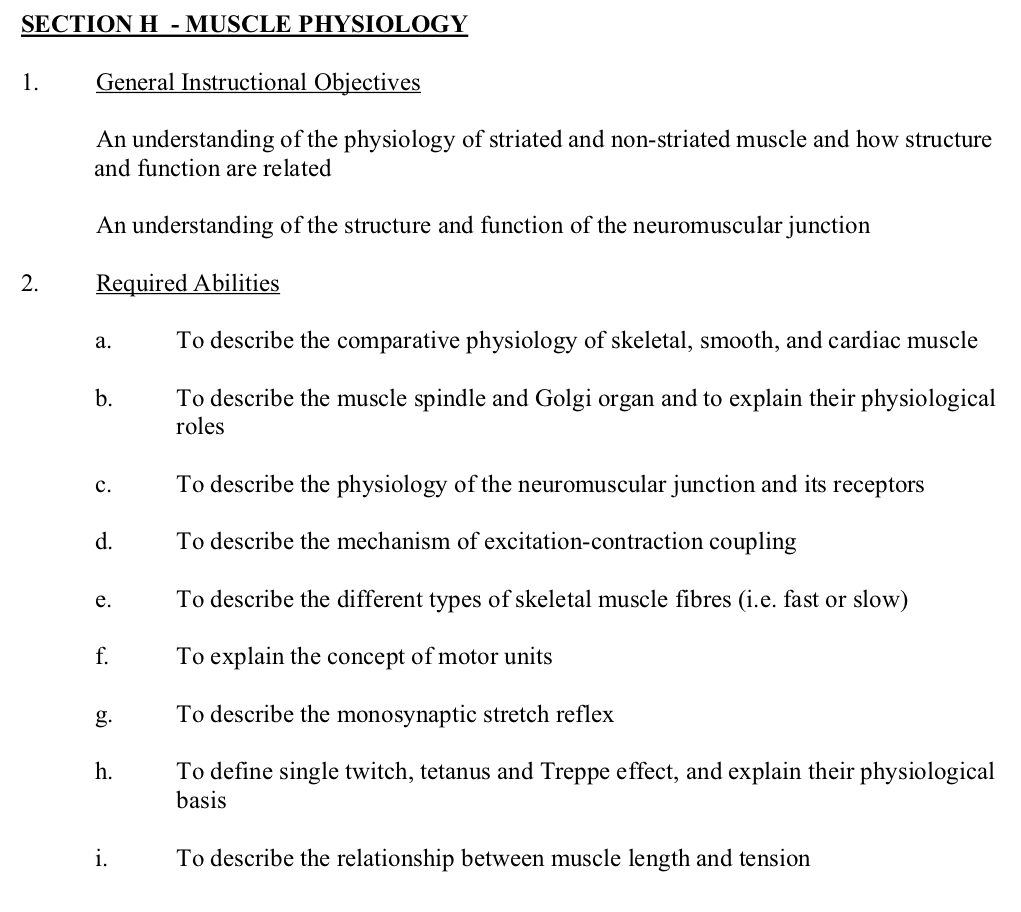 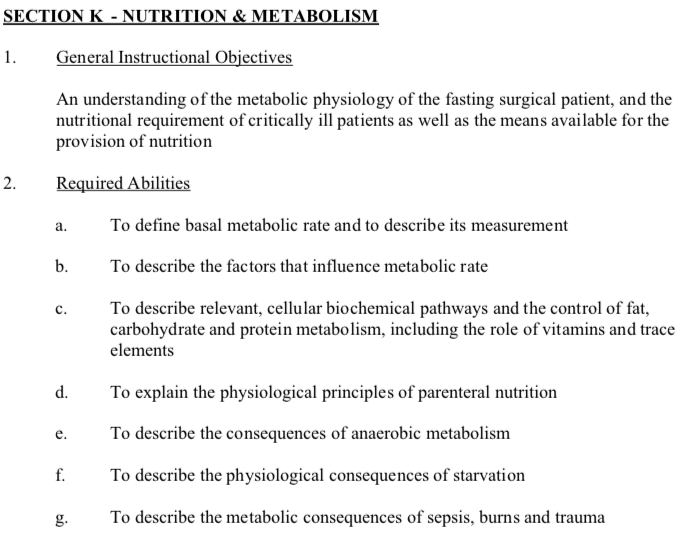 Again, this combined two topics from the old syllabus. 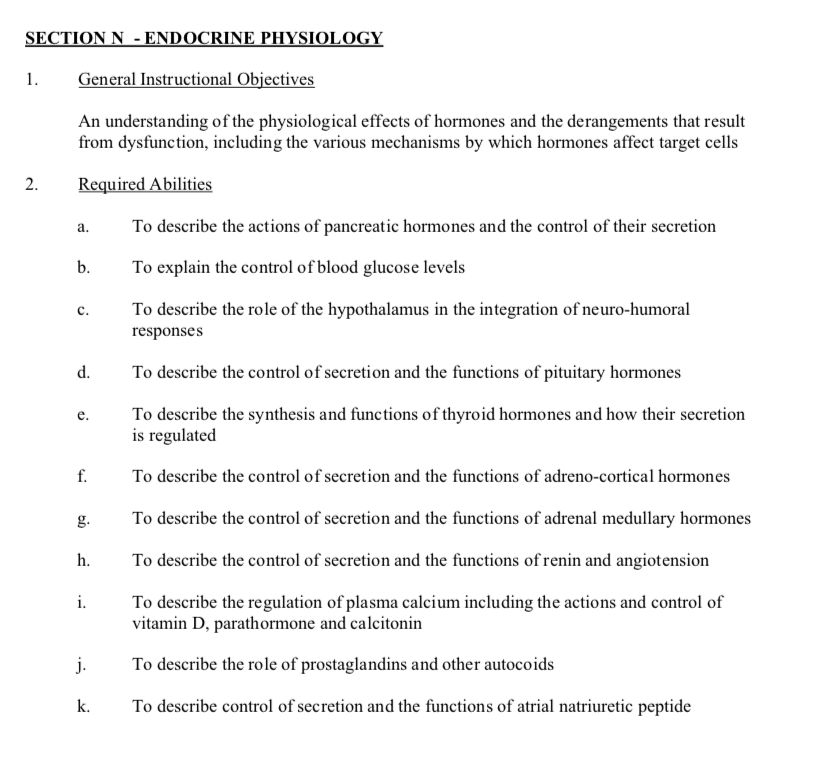 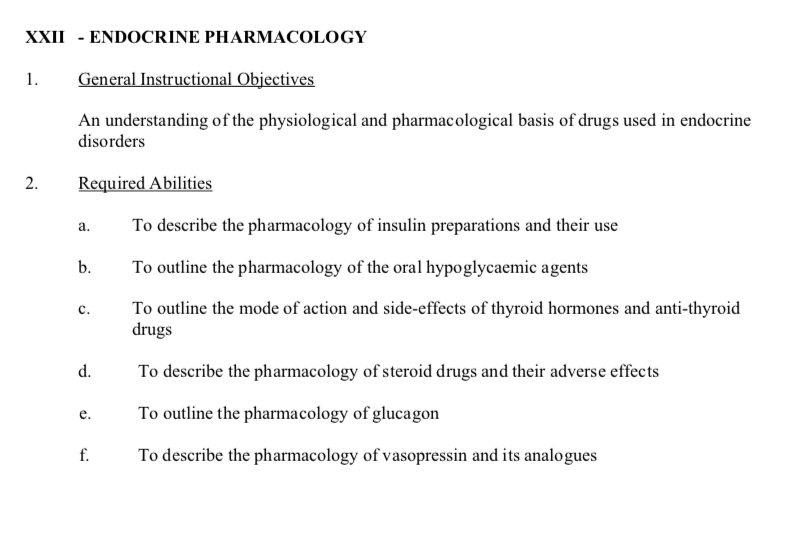