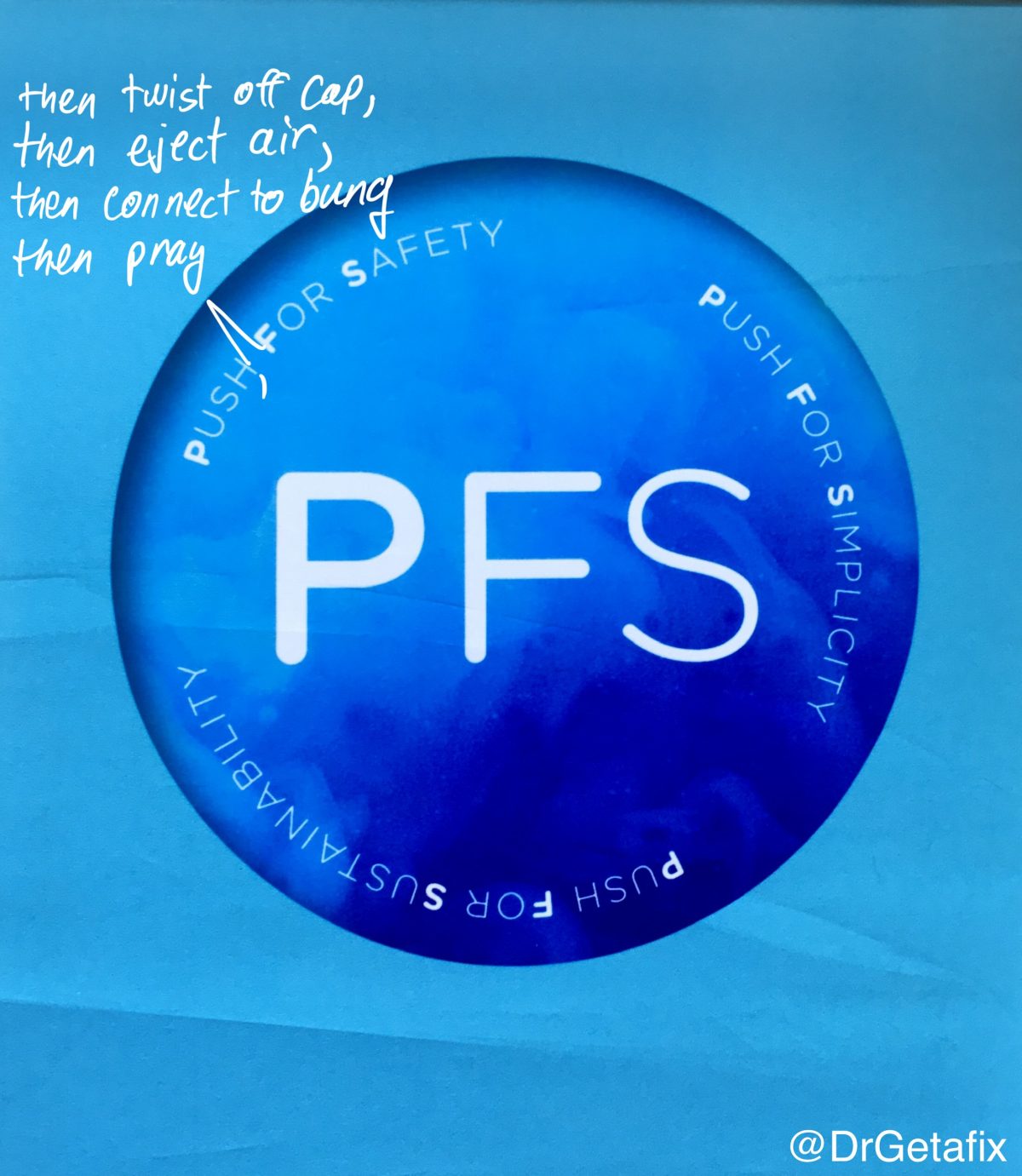 Juno recently released a TGA-approved pre-filled syringe containing metaraminol. However, not long after release, multiple issues were identified by anaesthetists who were using them. There was a fair bit of discussion and sharing of information and experiences on Twitter, and many anaesthetists have stopped using them, and some hospitals have now withdrawn them. Several people have contacted me regarding the syringes, and I thought I would aggregate some of the information I’ve collected in one place to make it easy for people to access it if they want to.

This is the first tweet in a thread of 15 tweets discussing some issues with the syringe itself, but also it’s rollout and some system issues.

I’ve also created a video combining a number of videos that people shared on Twitter that demonstrates some of the issues. Initially, it was mostly about metaraminol, but this video shows similar issues with the ephedrine syringes  as well.

Finally, this is the “ISBAR” I sent to our pharmacy, requesting they be removed from our theatres.

The recently introduced pre-filled metaraminol syringes supplied by Juno have significant design flaws and usability issues that mean they are not fit for purpose and pose a threat to patient safety.

In June 2019 a new TGA licensed pre-filled metaraminol syringe was introduced at John Hunter Hospital. It was supplied by Juno, and replaced the compounded pre-filled metaraminol syringes being purchased from Slade. As well as being TGA licensed, the Juno syringes were cheaper and had a longer shelf life. As there was now a licensed product available, according to Pharmacy Board guidelines, Slade had to cease production of their compounded product.

However, significant issues quickly became apparent with the new Juno syringes. They include:

Here are some images demonstrating some of these issues. 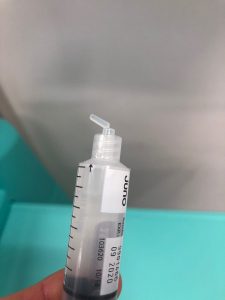 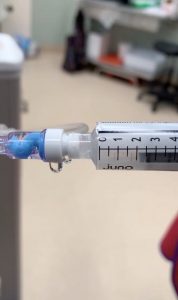 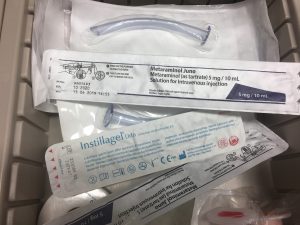 Due to the issues highlighted above, the Juno syringes are not fit for purpose, and pose a significant risk to patient safety. This may occur directly through prolonged hypotension or a plastic embolus, or indirectly through the addition of complexity to an already complex situation, such as a patient unexpectedly needing urgent blood pressure support in the operating theatre or the Post Anaesthetic Care Unit.

Furthermore, the potential cost savings associated with these cheaper pre-filled syringes are likely to be negated by the significant failure rate of the syringes in terms of losses during activation, and leakage during use. Additional cost and staff time will also be required due to the need for education and training regarding the particular knowledge and techniques required to use these syringes. This will be an ongoing requirement as new staff arrive, and in any case, education and training can never completely mitigate poor design.

Finally, the issue regarding incompatibly with syringe drivers will remain, irrespective of any education and training initiatives.

In keeping with the concept of “Purchasing for Safety”, I recommend that these pre-filled syringes be removed from all anaesthetising locations within [our hospital].

The newly arrived phenylephrine pre-filled syringes can fill the gap as a first-line, ready to use, vasopressor for unexpected hypotension.

Clinicians wishing to use metaraminol specifically will have to revert to their previous practice of preparing it themselves.