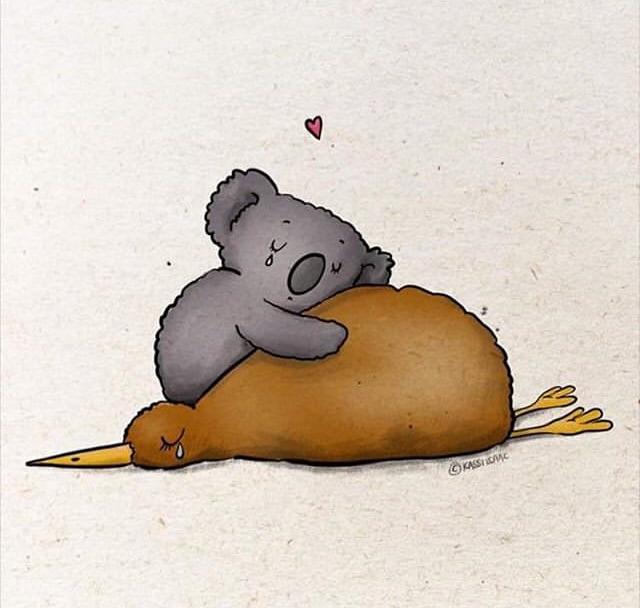 Fortunately, this fraternal relationship has always been a very close and loving one, particularly following the formation of the ANZAC Corps during World War I. It’s also reflected in many medical colleges and associations, including my own, the Australian and New Zealand College of Anaesthetists, as well as in numerous other strategic and cooperative partnerships between our two countries.

However, close family relationships are often characterised as much by their differences as their similarities. For example, we have our weird marsupials, while New Zealand has their weird birds. Then there’s the typical family behaviour of holding differing, unimportant, and strongly held opinions, such as who actually invented the lamington or the pavlova. As is often the case, this sibling rivalry is most evident on the sporting field. Here however the relationship has resembled the type where the bigger, stronger, older brother is frequently being outwitted and outshone by their smaller and more nimble younger brother, in much the same way that Jacob got the better of Esau. As the song goes “It’s just not fair, but I don’t care, as long as we beat New Zealand!“.

So, for example, the All Blacks have consistently had the upper hand over the Wallabies, and while the Socceroos have generally had the measure of the All Whites, New Zealand had the unusual honour of being the only undefeated team at the 2010 FIFA World Cup! Similarly, in cricket, we have generally been able to keep New Zealand in their place, but unfortunately, we’ve needed to resort to, quite literally, underhanded techniques to maintain our dominance at times.

As well as bad sportsmanship, we often resort to other classic big brother tactics like teasing with endless sheep jokes (even though we have more sheep than they do), mocking their accent, and attempting to steal their celebrities.

This habit of being shown up by our younger brother is apparent in other areas too. You only need to look at the state of politics in the two nations in recent years, and our respective responses to refugees, and you can see what I mean. And while they live in our much larger shadow when travelling abroad, and are constantly mistaken for Australians, even here they seem to have the upper hand when it comes to our unique vernaculars, where “New Zild” tends to outperform “Strine”. Strayans are often the laughing stock of the world because we keep showing off our” thongs” in public, while the Kiwis are wearing the much more sensibly named “jandal”. We have the potentially offensive “esky”, while they have the much more obvious “chilly bin”. Furthermore despite its Maori warrior roots, New Zealand has become a decidedly peaceful, almost pacifistic nation, with a strong anti-nuclear policy, and the Royal New Zealand Airforce going so far as to retire its entire fleet of attack aircraft, knowing full well that big brother will bail them out if they get into trouble, because that’s what big brothers do.

And indeed we have. When Christchurch was shaken by natural rather than military forces in the 2011 earthquake, our response was quick. More akin to Jacob and Esau’s reunification rather than their parting. Perhaps the response and the philadelphia that prompted it, is best summed up by the story of a Kiwi anaesthetist on his day-off, and an Australian surgeon 1 attending the Annual Scientific Meeting for the Urological Society of Australia and New Zealand, working together in horrible conditions, to save the life of a man trapped in the rubble by amputating both his legs.

So, just as any brother would be, I was shocked when I first started hearing reports coming out of Christchurch about the terrorist shootings. It was tragically fitting that the first I heard of it was from a Kiwi anaesthetist now living in Australia. These kinds of brutal shootings are bad enough at the best of times, but they hit that much harder when they are close to home, both geographically and emotionally. It really did feel like an attack on a family member.

Can you imagine my horror then, at hearing the news that the perpetrator was Australian? Yet more tragic were the final words of the first victim as he saw the terrorist approaching: “Hello, brother.” Our long brotherly relationship had taken a tragic detour. Away from the niggling, banter-filled, comparatively benign narrative of Jacob and Esau, and back to the much more brutal and primitive narrative of Cain and Abel. Through the heinous actions of one man, we, as a nation, now have blood on our hands. We will forever bear the mark of Cain.

I’m sorry that we have done this to you. The lone terrorist needs to be dealt with to the full extent of the law, but we shouldn’t comfort ourselves that this is a one-off aberration, and won’t happen again. It seems the racism and xenophobia that we’ve been struggling and often failing, to get under control for over 200 years, has yet again reared its ugly head. Not content with damaging those on our own shores, it has now crossed our beloved “dutch” and caused irreparable harm to our closest family member.

We can’t blame you if you point the finger at us, the same way we point the finger at other countries that breed terrorists. This will likely change our relationship with you forever. What that change looks like long term is largely up to us. There were some good early signs. Volunteers from Australia have flown to New Zealand to help out with burial rituals. Others not so good. One in particular, shamefully from a member of the Australian parliament no less, was particularly atrocious. But many other politicians and media personalities have a long history of, both implicitly and explicitly, promoting the kind of xenophobia that breeds the conditions and context that allows individuals such as the Christchurch terrorist to be created, nurtured, and released on an unsuspecting public. The contrast in responses from our  Prime Ministers couldn’t be starker. You are outdoing us yet again, even in this time of deep tragedy, where you could be forgiven for letting loose on us.

We, as a nation, and as the individuals making up this nation, need to do better. On that proviso, I hope and pray, that one day you, as a nation, and as the individuals that make up that nation, will be able to forgive us, in a similar vein to Joseph ultimately forgiving his older brothers for the wrong they had done to him. I’m also hopeful that by working through and dealing with the conditions that lead to it, and helping you to heal from its terrible aftermath, that maybe our brotherly bond can come out the other side stronger than when it went in. There is still the option within the Australian Consitution for you to become the seventh state of the Commonwealth of Australia. Part of your refusal to join when first given the opportunity were concerns around our treatment of Aborigines. Sadly, some things haven’t changed. Perhaps it’s time we should start looking at becoming the West Island of New Zealand instead.