I’m a big fan of podcasts. I first got into them when I was diagnosed with advanced melanoma in late 2013, and my use of them has only grown since. After that diagnosis, I, all of a sudden, had a lot of time on my hands as I could no longer work, and I was spending a lot of time in hospitals and medical waiting rooms. Due to the brain mets, I was prohibited from driving so I was doing a lot of walking and catching public transport, and there were also times where I didn’t want to be alone with my thoughts and podcasts were a good distraction. They have now become a thing I do, when doing something I’d rather not be doing, such as housework and exercise. I’ve even bought a waterproof speaker so I can listen to them while showering.

People often ask me what podcasts I listen to, so I thought I’d document them here so I could refer people to it in the future. I wasn’t sure how best to categorise them, as many of them overlap in terms of topics, themes and relevance to my own situation. In the end, I decided to break them into two categories along the lines of Christianity and Religion, and my own hospital-based work as an Anaesthesia Quality and Safety Fellow. There is also a “Miscellaneous” category for anything that doesn’t neatly fit into either of those. And as well as “actual” podcasts, I will also include any one-off recordings or interviews I come across that I think are worth sharing. By whichever metric you use, Unbelievable! would probably have to count as my “favourite” podcast. I’ve listened to the entire back catalogue, going right back to 2017 so it’s a lot of episodes. The episodes are quite long as well, so the total time listening to Unbelievable! would also be very high. It’s probably also the one I’ve got the most out of, certainly from a Christian faith perspective, and it’s also opened my eyes to a lot of opposing viewpoints from other religions, different strands of Christianity, as well as from the secular and atheist viewpoints. Justin Brierly, the moderator does a fantastic job, of maintaining a civil debate between what can be two (or more) very different points of view. He doesn’t hide the fact that he is a Christian (which shouldn’t surprise anyone given its a Christian radio station), but he’s very good at playing devil’s advocate and making sure both sides get heard, as opposed to some podcasts where it’s just a single person ranting into a microphone. 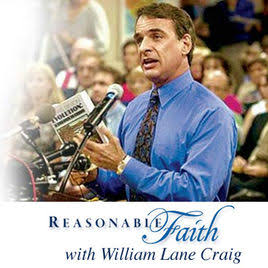 Reasonable Faith is another one I’ve Been listening to for a long time, and I’ve got a lot out of this one too. It’s quite different to Unbelievable! as it’s much shorter, and it’s more of your “traditional” podcast where it’s two regulars, each week, discussing a particular topic. William Lane Craig’s main areas of interest tend to be the philosophy of religion, arguments for the existence of God, and defence of the Christian faith, and it was these podcasts, and the associated website, videos and books that really provided me with a good introduction into philosophy generally, and helped me to see that there are significant evidential and philosophical arguments in favour of Christian theism. While there is no guest with an opposing view like there is with Unbelievable, Craig does engage with alternative views and counter-arguments at times. 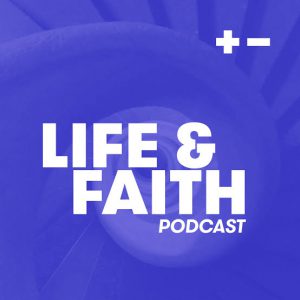 This one is from the Centre for Public Christianity in Australia (CPX), and pretty much does what it says on the box. It explores various areas where life and faith intersect in the modern world, though will often touch on historical aspects as well. They are generally shorter than the other podcasts, but usually jam-packed with nuggets of wisdom. It’s also nice to have some good quality, locally produced content as well. CPX is also responsible for the fantastic “For the Love of God: How the Church is Better and Worse Than You  Ever Imagined” which is also well worth a look if you get the chance. I started listening to this one quite recently, but have been enjoying it a lot. It’s produced by the Australian Broadcasting Corporation (ABC), which has quite a large Religion and Ethics component in its online, radio and free-to-air TV presence. The ABC is government funded, and as part of its charter it is required to provide “balanced” programming, and I suspect as a result of this, this podcast isn’t presented from a specific religious perspective but covers a  wide range of views as it seeks answers to life’s big questions. The host, James Carleton, does a really good job of keeping the discussion going with quick-fire questions, a fair bit of humour, and tough questions when necessary. He does seem to have a faith position of some sort, but, not surprisingly, from the episodes I’ve listened to so far, he’s not really discussed his own beliefs. This combination of public broadcasting and a neutral host makes it a great place to go if you’re looking for discussions on these big questions that aren’t coming from a faith-based producer. This one is a relative newcomer to the scene compared to the others. Currently (Oct 2019), only 7 episodes have been released, but i’m already (excuse the pun) a convert. It looks at various aspects of the Christian faith and that have been misunderstood, or even forgotten. It’s hosted by John Dickson, who has now moved to Eternity News from the Centre for Public Christianity (see Life and Faith above). I think this podcast is best categorised as gospel centred apologetics, with a big emphasis on the person of Jesus. I look foward seeing more episodes appearing in the coming months 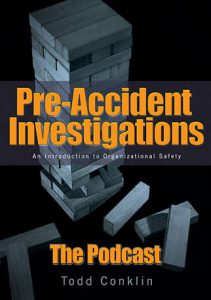 I was put on to this one via Twitter, and from a work perspective, it’s probably the one that’s had the biggest impact on me. Both from the content Todd Conklin provides, but also from the guests he’s interviewed, which have given me additional leads to follow up. It’s comprised of a short “Safety Moment” during the week, and a longer podcast episode on the weekend. If you are interested in Safety Science, and particularly the “New View of Safety”, “Safety-II”, or “Safety Differently” concepts, then I’d definitely recommend listening to this. I’ll admit Todd’s accent and style took a bit of getting used to, but it was worth it, and I’ve now come to find it quite endearing! 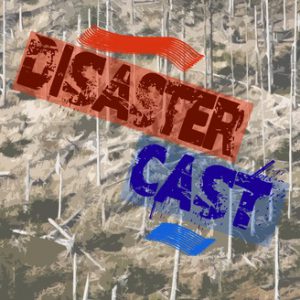 This is another one I discovered through Twitter and is presented by Drew Rae, an Australian safety engineer who, having worked in various roles around the world, is now based at Griffith University in Queensland, Australia. As with the Life & Faith podcast, it’s nice to hear some Australian voices, both literally and figuratively. As the name suggests, it is about disasters that have occurred throughout history, and Drew provides an analysis of these disasters from his safety science perspective. I’ve been a fan of shows like Air Crash Investigations, so this podcast was a natural fit for me. These podcasts tend to be a scripted presentation by Drew, rather than the more interactive, spontaneous and unpredictable podcasts out there. However, this means he is able to present all the information he wants to which is great, because it’s obviously well researched, and has the added benefit of transcripts being available which most podcasts don’t have. 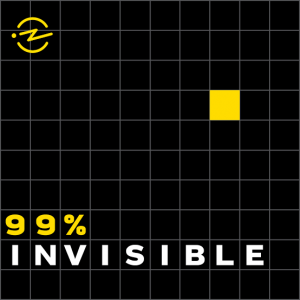 This podcast is about design, with a particular focus on architecture. I didn’t really have much interest in design until recently, probably because I thought design was just about making things look pretty. It wasn’t until I became interested in Human Factors/Ergonomics, and realised that the discipline was primarily about “work design”, that I began to see the impact that good and bad design can have on users and the wider system that the artefact resides in. Indeed, I first became aware of this podcast and website after seeing a video they made in conjunction with Vox on Norman Doors, which are a classic example of poor design, that I have become somewhat obsessed with! The podcasts are short, entertaining, well produced and to the point, and are probably best described as a radio story or audio documentary. If you listen long enough, you will become familiar with the recurring themes (vexillology) and the in-jokes (Always read the plaque!). Well worth a listen. 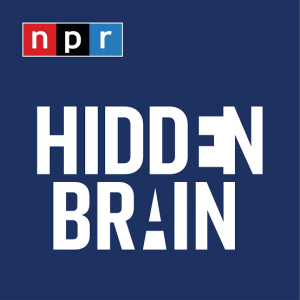 I wasn’t quite sure how to categorise this one, so here it is in Miscellaneous. It was recommended to me by a friend from church but it’s definitely not a Christian podcast. And while a lot of the episodes are relevant to my job,  many are more relevant to other aspects of my life, and while some overlap both my faith and my work. Its primary focus is psychology with an emphasis on the “hidden”, unconscious aspects that have such a big impact on our behaviour and relationships. It’s well researched, entertaining, and has really made me think about the way we think. 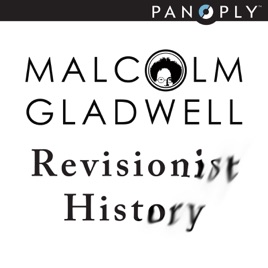 This one is from Malcolm Gladwell, the author of books such as Tipping Point, Blink and Outliers. It’s one I’ve only recently started listening to, and I’m slowly working my way through the back-catalogue. It’s well researched, and covers some very interesting topics from recent history, often with a different spin on them compared to the prevailing view. In a similar vein to 99% Invisible, it’s in the audio documentary genre, with Gladwell narrating and providing commentary with additional audio from interviews etc. Some are more relevant to my situation than others, but so far, they have all been interesting.