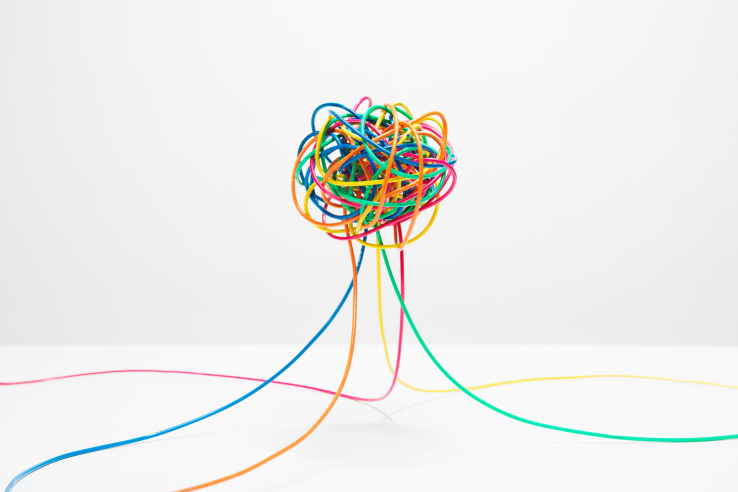 Following my recent “discovery” of  the concept of Patient Work, it has reframed the way I view all my interactions with the healthcare system such as doctors visits, taking medication, blood tests and scans and so on. I’ve decided I’m going to start describing and documenting some of these interactions primarily for my own interest, but also in case others find them interesting as well. What follows is an almost textbook example of some of the complexity and unpredictability of Patient Work, and the need for the Patient Work System to be resilient enough to cope with these variations and uncertainties

One of my (many!) specialists is based in northern Sydney, which means either two and half hours on public transport, or one and half hours by car. Given I need to get home again as well, you can already see that this is a significant amount of Patient Work for me. Why would I do it? Well, I was referred to this particular specialist because he had developed a bit of an interest in a new and slightly unusual side-effect I was experiencing from my immunotherapy. Furthermore, he’s a lovely, friendly guy, very thorough and made special efforts to ensure I was understanding what he was saying, and giving me plenty of opportunities to ask questions. So after the initial consultation, I was more than happy to keep returning to Sydney for future visits.

This particular visit was for a review to see if a new medication he started me on last time was having the desired effect (it was!). However it required a special authority script that only he could write and the first one had now expired. I had miscalculated when I would need another one so my appointment wasn’t until two weeks after my next dose was due. I realised this a little late, so was only able to bring the appointment forward by one week (which meant having to reorganise other things!) which was still a few days after my next dose was due, but I didn’t think a few days would matter too much for a fortnightly medication.

However, this was where the complexity of the Patient Work System began to show through. I hadn’t realised that getting a second script would be just as convoluted as getting the first, and it could easily be a number of weeks before I was able to get another dose. My doctor said not to worry as he had some samples for this exact purpose and said he could give me some to tide me over. He went to the fridge, but in the style of Old Mother Hubbard, he found it bare. Fortunately I had decided to take the car rather than catch the train that day because he then said I could drive to another hospital where he works in central Sydney and pick some up from there. It was at this point however that he remembered that his phone system was down that day (which was partly to blame for him running an hour late!) and he had no way of contacting them to see if they had any in stock. The third and final option was for me to drive to southern Sydney to another of his practice locations where he knew they had some in stock.

So off I headed already an hour behind when I entered his office, the appointment itself taking longer than expected, and now faced with an additional hour and half of driving. To be fair, it didn’t really bother me that much, because I generally block out a whole day in my calendar for these trips so there was no hard deadline for getting back home. I also make the most of the time by listening to podcasts while driving. However, it did make me realise how unpredictable Patient Work can be, and how it is necessary to have flexibility and “slack” in the system so it can provide the resilience necessary for scenarios such as this.

When I arrived at the consulting rooms he had been able to get a message through so they were expecting me, and even provided some cold packs because the medication needed to refrigerated, and they knew I had a long drive back. The final additional task I had to do before heading home was to get some more blood tests done as part of the application for the script. Had I realised this the day before, I could have got additional blood taken when I had my routine tests done for the clinical trial I am on! Yet more inefficiencies of my Patient Work system. So another, thankfully short, detour on the way home

But there was one more surprise awaiting me. The medication normally comes with two doses in the one box. So one box would cover one month before the next injection was due. I was given two boxes, so two months worth, which would be plenty of time for the script to come through. Or so I thought!

It turns out that these samples only contain one dose per box, despite the box being identical to those containing two doses! So now i only had 4 weeks before my next dose was due, and if the new script didn’t arrive in time, it would be another trip to Sydney to pick up some more!

Well, plenty of “lessons learnt”, and I’ll just have to make sure I keep my phone well stocked with podcasts!